Illustration for the exhibition poster and t-shirt by littlebylitle.

Making of the t-shirt at Vila Handprint 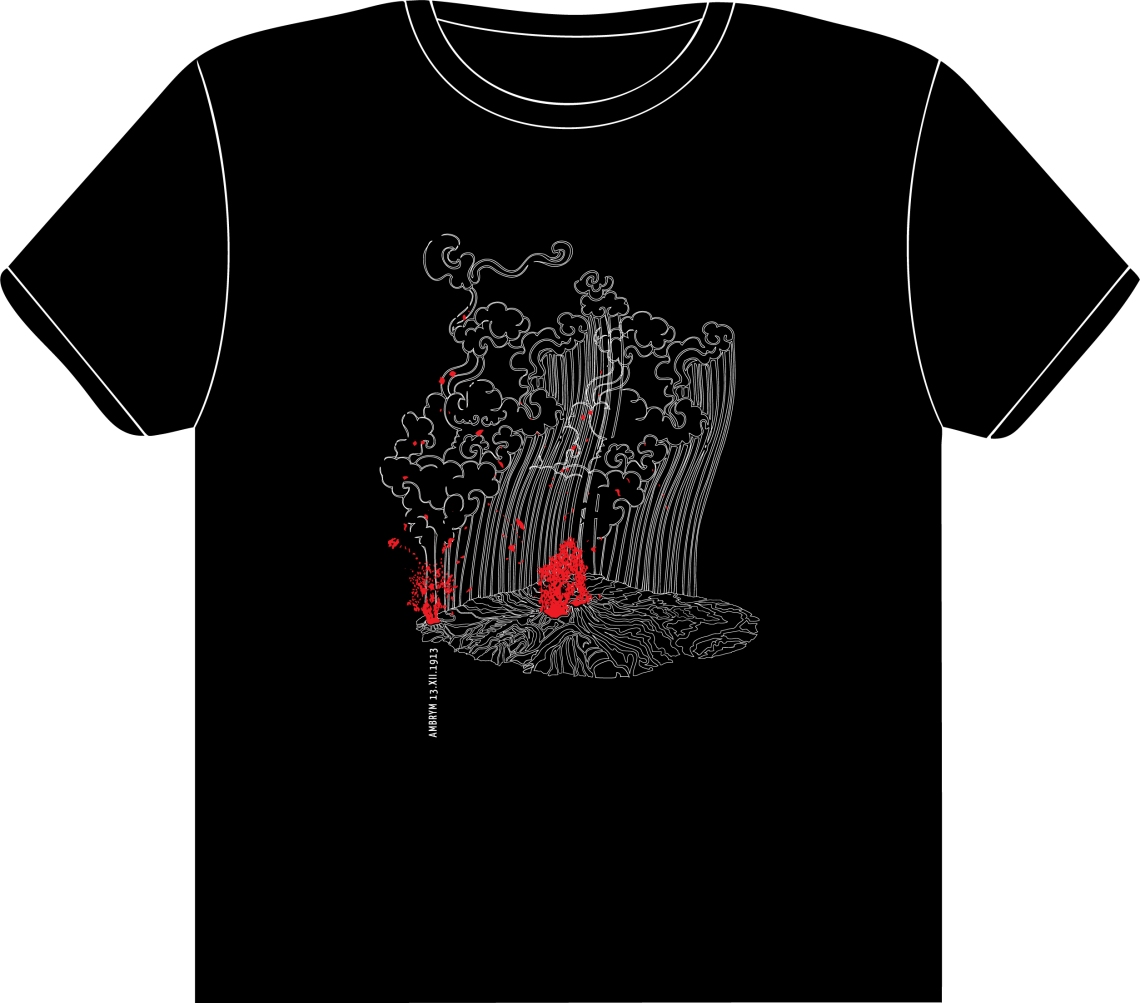 Between December 6th and December 13th, Ambrym was the theatre of one of the largest volcanic explosions in these islands in the last 400 years.

The eruption of December 7th devastated the western part of the island and blew up the new hospital at Dip Point.
This catastrophe made a great many victims.
The destruction of the villages around Dip Point and the ashes and unbreathable air in most of Ambrym’s villages brought about a massive population displacement (around 3000 people) to the neighbouring islands of Malekula, Pentecost and Paama.

Written accounts by witnesses of the time, Maurice Frater and Robert James Fletcher, and the story told by a local Ambrym chief, Willie Bongmatur, give us a better understanding of the amplitude of the catastrophe. A section of the exhibition will present some documents and photos of the time of the eruption. This memorable natural event is now part of the common history of Vanuatu. 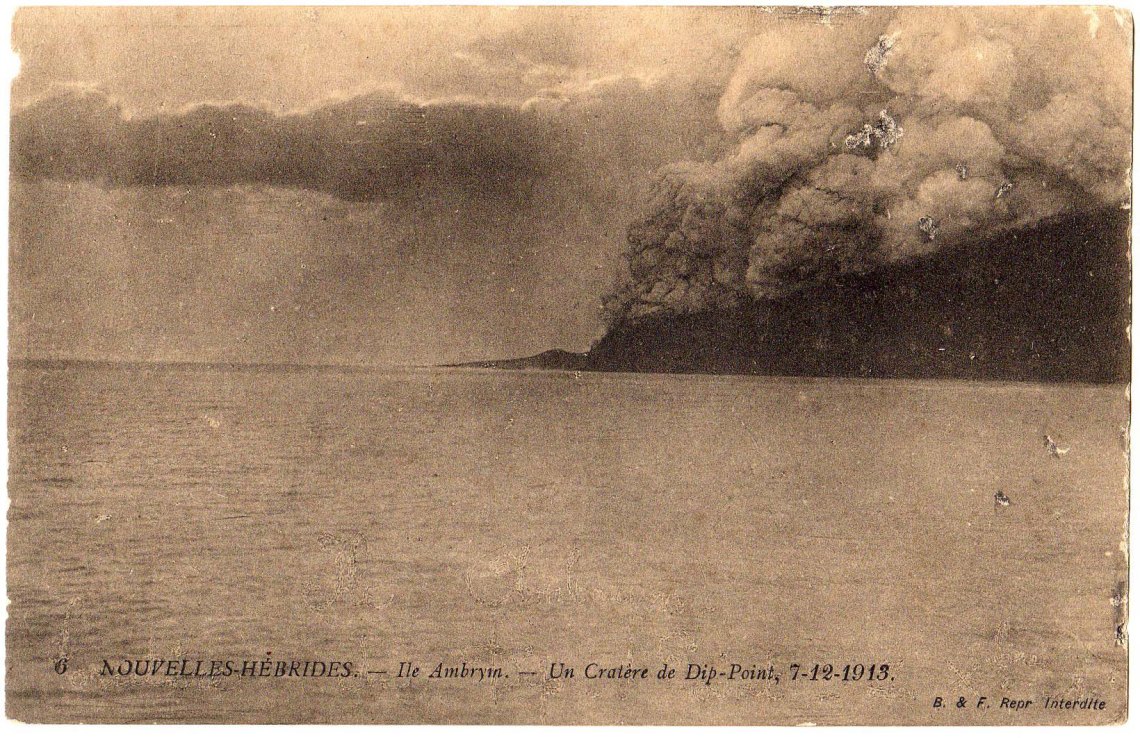 The Fondation Bastien Gallery has chosen to open its doors with an exhibition commemorating the event.
A complement to the exhibition actually at the Vanuatu National Museum, it will allow the public to see various facets of this extraordinary phenomenon and the recollections of those who lived through it.

The originality of the exhibition is that it mixes artists and scientists.

The artists have chosen to work on the memory, each representing in their own way the incredible vision of the island on fire, the solidarity the event gave rise to, our fears and our fascination for the giants that are the volcanoes.
A group of artists from New Caledonia are also participating in this project.

The Geohazards division of the Vanuatu Meteorological and Geohazards Department is also participating in the exhibition and will give the essential scientific information necessary to the understanding of the volcanic geodynamics of the Vanuatu islands, and in particular of the island of Ambrym.
A series of posters explaining the different types of volcanism in Vanuatu and the particularities of each of its volcanoes, will allow the public to understand the complexity and originality of Vanuatu’s volcanoes.

December 13th at 5:30 pm a BBC documentary “Supervolcano” will be shown.

On December 20th at 5:30 pm, a conference by Sylvain Todman (Vanuatu Meteorological and Geohazards Department) on “the Origins and Consequences of the eruption at Dip Point in 1913” will attempt to answer questions such as : what were the causes ? catastrophic scenario ? recurrent eruption ? what are the consequences for the local population in their day to day lives ? if this sort of eruption took place today how would it be dealt with ?
The film “Lon Marum” by Soraya Hosni, will be shown during the whole time of the exhibition.